This website can be best viewed in Microsoft Internet Explorer 9.0+, Chrome, Firefox

EVIDENCE BASED MANAGEMENT OF CANCERS IN INDIA 2022 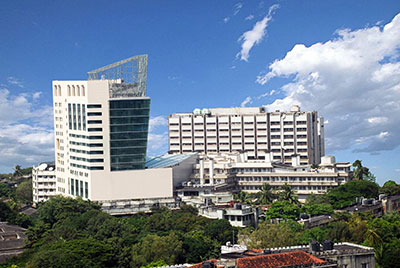 The Tata Memorial Centre constitutes the national comprehensive cancer centre for the prevention, treatment and research on Cancer and is comparable to any similar center in the world. This achievement has been possible due to the far-sighted and total support of the Department of Atomic Energy, responsible for managing this Institution since 1962.

In 1932 when Lady Meherbai Tata died of leukaemia, after treatment abroad, SirDorab Tata was determined to establish similar facilities for the treatment of Cancer in India, initially planned for with a Radium Institute in Bombay. Sir Dorab unfortunately died in 1932. Such was the commitment he made that the Trustees of the Sir Dorab Tata Trust, along with various outstanding Cancer specialists committed themselves in 1935 to the establishment of the centre that would benefit the Nation with a more lasting value than the usual philanthropy. Out of this humanitarian concept and commitment from the House of Tatas was born the nucleus of a Hospital, in 1941, called the TATA MEMORIAL HOSPITAL.

The Tata Memorial Hospital was initially commissioned by the Sir Dorabji Tata Trust on 28 February 1941 as a center with enduring value and a mission for concern for the Indian people. In 1952 the Indian Cancer Research Centre was established as a pioneer research institute for basic research - later called the Cancer Research Institute (CRI). In 1957 the Ministry of Health temporarily took over the Tata Memorial Hospital. The transfer of the administrative control of the Tata Memorial Centre (Tata Memorial Hospital and Cancer Research Institute) to the Department of Atomic Energy in 1962 was the next major milestone. This was due to the foresight and the vision of Dr. Homi Bhabha, who envisaged the major role that radiation would play in cancer treatment - from imaging to staging and actual therapy. The TMH and CRI merged as the two arms of the Tata Memorial Centre (TMC) in 1966 represented a classic example of private philanthropy augmented by Government support, with a mandate for Service, Education and Research in Cancer.

The important aim of CRS & DAE-CTC, Tata Memorial Centre has been to propagate and promote practice of evidence based medicine especially in cancer. In thisregard Evidence Based Management meetings were started about a decade and half ago. The philosophy behind the meeting was to identify and answer focusedquestions relevant to oncology practice in India. National faculties and International faculty members are invited each year who are experts in their field of oncology. The deliberation which typically goes on for 2-4 days includes talk on a particular topic in context with the Indian scenario. This meeting coincides with the “Hospital Day Celebration” of the Institute. The EBM meeting is a much awaited event in the oncology conference calendar.

Over the years, the EBM meetings have covered the following topics:

We, at the Tata Memorial Hospital are bestowed with the widest range of patients in large numbers and finest laboratory support. A unique centre ' Clinical Research Secretariat ' was commissioned in 1997 to temper the vast data generated from clinics/laboratory and draw meaningful conclusions with clinical endpoints.

The CRS offered a wide range of services from collection, maintenance, quality control & analysis of data to design & execution of prospective trials of importance to the institute and nation. The primary aim was to generate easily testable hypothesis from focused retrospective analysis or laboratory studies. To test novel avenues with survival or quality of life end points in observational studies or randomized trials. To support mega-trials from multiple centres spread all over India. To rethink on more technology in patient care and challenging dogma with appropriate clinical studies. To collate published evidence by Meta-analysis to define the state of art treatment.