Shri K. N. Vyas, Secretary DAE & Chairman AEC launched NCG Vishwam Cancer Care Connect on 17th September 2019 in Vienna on the sidelines of 63rd General conference of IAEA.By virtue of this, National Cancer Grid (NCG) established and managed by Tata Memorial Centre (TMC), which has participating stake holders from India has been made open to the cancer hospitals and other relevant institutes from foreign countries.

The objective of the NCG has been removing the disparity in Cancer Care. The NCG Vishwam is expected to play the same role globally. Eleven countries expressed interest immediately after the launch. Hospitals from Sri Lanka and Bangladesh conveyed their appreciation through a video message of offering the NCG to foreign countries. Ms. May Abdel-Wahab, Director, NAHU, IAEA conveyed appreciation of IAEA on the launch of NCG Vishwam, called it as comprehensive package help bridging the gap in cancer care and underlined IAEA’s support to the initiative. 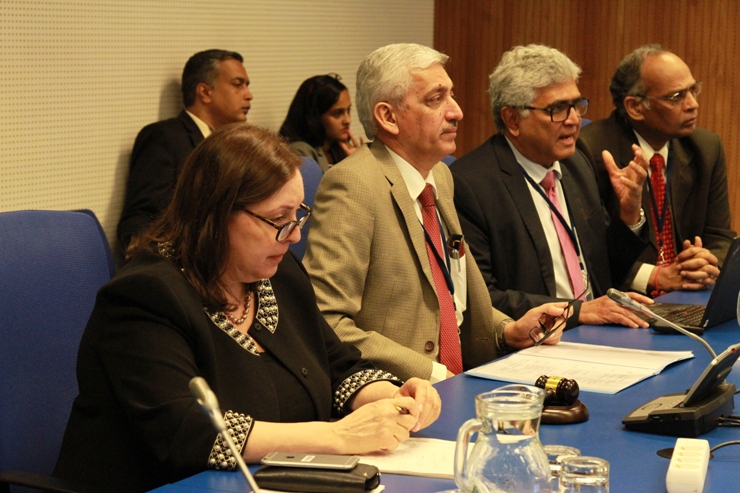